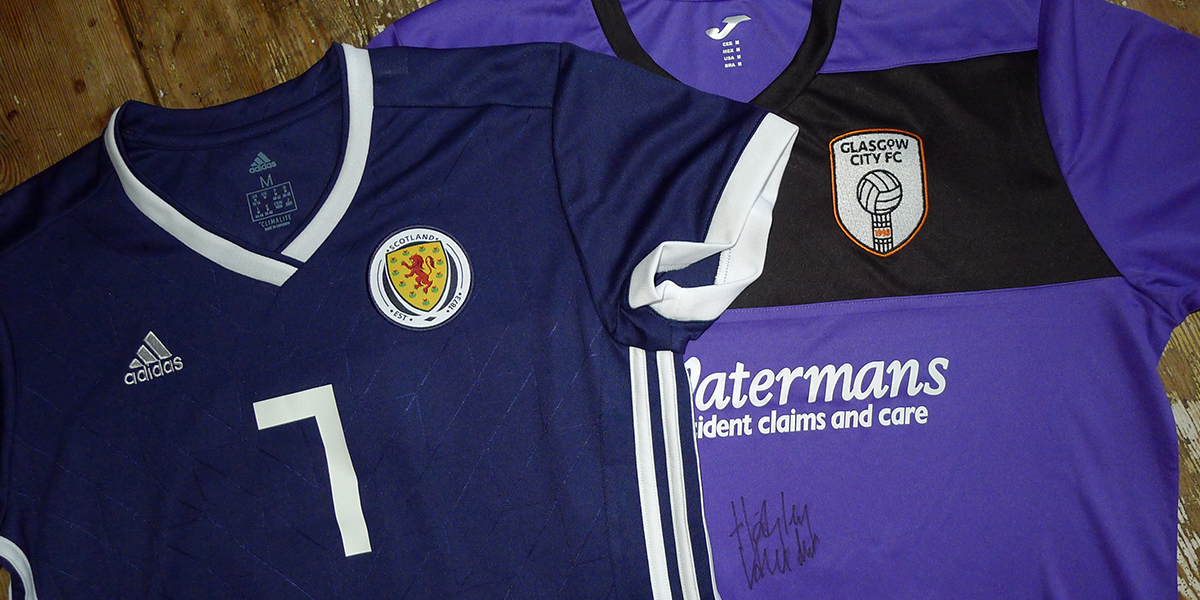 For the fourth consecutive year, we are sponsors of Hayley Lauder, who plays in Glasgow City FC and the Scottish national team. It is an honor to contribute to her success.

Scottish attacking midfielder Hayley Lauder, born in 1990, has played for clubs in Cyprus, Finland and Sweden before joining Glasgow City FC in 2014. Hayley has also represented Scotland at all levels, including the Women’s Under-19 Championship in France in June 2008. She made her debut for the A squad in 2010 against Italy. Hayley Lauder scored for the first time in the senior squad the same year in a 2-1 win over South Africa.

Hayley has developed her game over the years and is an increasingly important part of Glasgow City’s machinery. For a long time, she has subscribed to a place in the Scottish national team.

One might ask why a digital agency in Sweden sponsors a player in the Scottish league.

The reason is very simple to explain.

The first stage for the club in this year’s Champions League qualifiers has just been drawn, and Glasgow City FC will open with meeting Anderlecht on the 7th of August, 2018.

We wish Hayley Lauder and her team a heartfelt good luck!