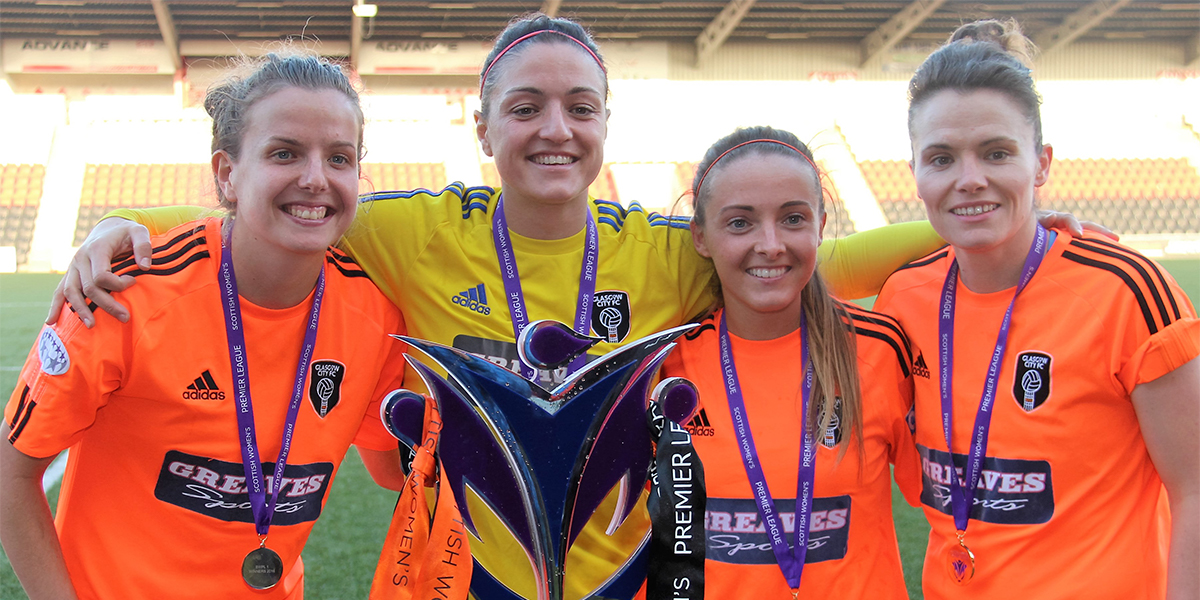 Portabla Media is sponsor for football player Hayley Lauder. Hayley is an obvious choice in the starting line-up both in her club Glasgow City and the Scottish national team.

Attacking midfielder Hayley Lauder is a reputable football player who has represented top clubs in several European countries. She also has extensive experience from games in the Champions League.

Since 2015 Portabla Media is player sponsor for Hayley Lauder.

You may wonder why a Swedish digital agency is the sponsor of a football player in Scotland. The answer is quite simple.

We firmly believe in working with what you have at the moment, and not to wait for conditions to be perfect later on. This applies to strategy and communications as well as running a football team.

Women’s football is evolving. It is common that women’s teams are sections of clubs where men’s game came first, and therefore always will be number one.

Glasgow City is the perfect example of a team that has taken matters into their own hands. They did not ask for permission from anyone else, they had their own club from the very beginning. And if you place yourself in the driver’s seat, you can clearly achieve wonders. Ten league titles in ten years – who could have predicted that?

We are very proud to play a small part in the achievements of Hayley Lauder and Glasgow City. In 2017 it is the third season in a row that we are player sponsor for Hayley.

Hayley Lauder was born in 1990. As a professional player she has represented Spartans in Scotland, Apollon Ladies in Cyprus, Åland United in Finland, Mallbacken and Vittsjö in Sweden and – since 2014 – Glasgow City in Scotland.