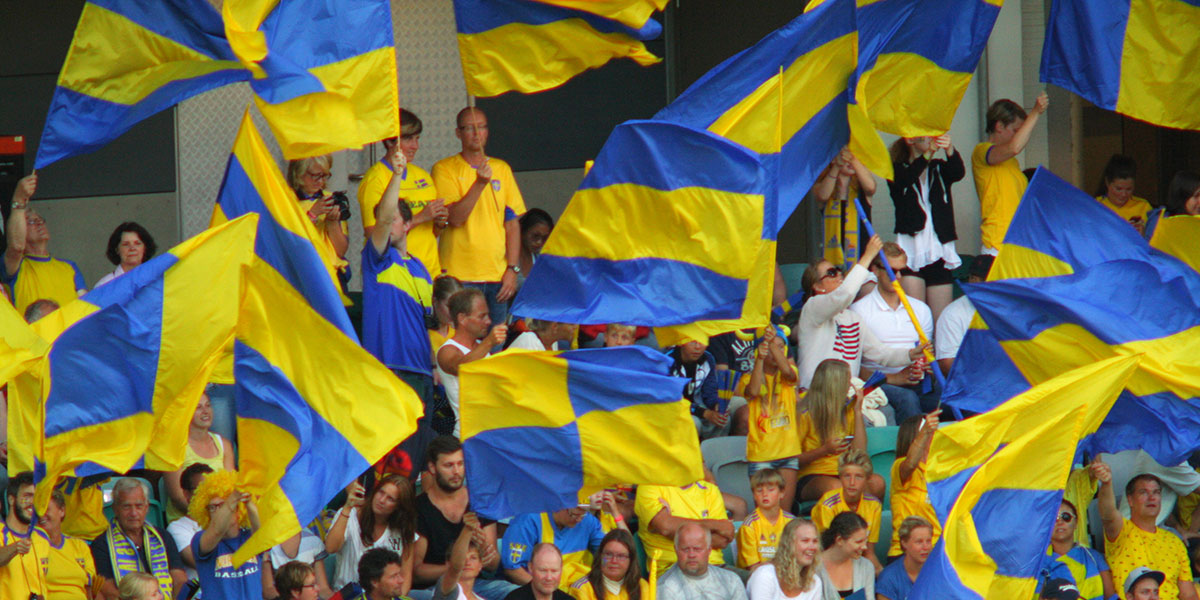 When Sweden’s junior soccer – or football – ladies won the European Championship, they gave the Swedish FA a golden opportunity to promote its business and the future of Swedish football. But instead of celebrating they referred to their own regulatory framework and paved the way for continued criticism for their handling of women’s football. A marketer’s nightmare.

On Monday, July 27, the Swedish under-19 national team for ladies defeated Spain, thus winning the European Football Championships. Earlier this summer, the men’s equivalent won the same title. An outstanding achievement for a relatively small country.

When the guys won they were celebrated in front of a giant crowd in Kungsträdgården in Stockholm. But even before the women’s final were held the Swedish daily Dagens Nyheter could announce that the Swedish Football Association did not intend to arrange something similar should the women’s side win their tournament.

Now, it may seem premature to speculate on a celebration before the game were even played, but the article in Dagens Nyheter (in Swedish) revealed that the Football Association has a routine for how public tributes should be arranged. It sounds square and bureaucratic, and that is probably exactly what it is.

For the Swedish Football Association to make much fanfare about a championship title it is required that it is won by a representative team. Thus the senior national teams for women and men, and the men’s under-21 squad.

Swedish Football Association is of course free to do as they please, and perhaps it is wise to act according to an established routine. Improvising usually leads completely wrong.

But from – among other things – a PR perspective, it seems completely insane.

The Swedish FA is no authority, they have no outward fairness requirements to take into account. A marketing department of a company or an organization eager to use the resources they have to reach out had rubbed their hands over this possibility.

There are a number of angles to start using when the final whistle sounded:

1. The attention surrounding Swedish football is at its maximum right now. The under-21 national team sensationally won the European Championship tournament just a month ago. Interest in the future of Swedish football is red hot, also on the women’s side – where the younger’s success stands in stark contrast to the seniors’ disappointing performance in this year’s World Cup tournament.

2. The Swedish Football Association has several times in recent years – despite the fact that women’s football for a long time has enjoyed a strong position in the country – have stomped the piano and clearly treated footballers different, according to gender. They had this open goal to repair some of the damage by treating the younger national teams success equally.

3. It rained in Stockholm when the ladies came home. The matches were shown on a channel that not everyone has access to. And it was not until the semi-finals that the general public became aware of what was going on. Overall, one can say that it would probably not have become a huge audience at a celebration in Kungsträdgården. But all the accolades do not need to be conducted at the same location. With simple means they could have parried the obviously forthcoming criticism – “why don’t you celebrate when girls win” – by proactively find a more suitable location than Kungsträdgården.

The key here is – in my personal opinion, and from a marketing perspective – an organization that’s stuck in their own, convoluted regulations and, instead of utilizing a great opportunity are causing even more of the criticism they have already received.

But we who think that the Swedish under-19 national team did a fantastic job can of course pay tribute to them anyway. Representative team or not.